Since 2017, tens of thousands of alleged file-sharers in Sweden have got threatening messages demanding cash settlements to make a theorized lawsuit go away. But an investigation by Sweden’s SVT failed to bring forward a single instance where a claim led to a conviction for so-called copyright trolls. A professor of law at Stockholm University termed it “Legal blackmail.”

Until recently, Sweden had managed to stay afloat from copyright trolls which have wilted several European for more than ten years. 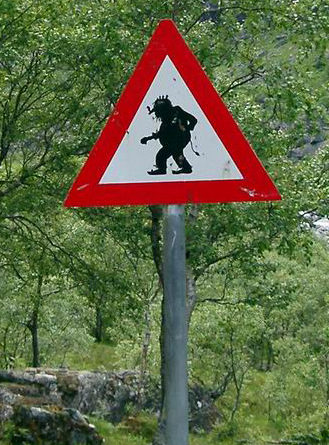 Sweden had avoided the similar fate of its European partners until two years ago.

In September 2016 a self-proclaimed organization called Spridningskollen (Distribution Check) headed up by law firm Gothia Law said it would begin targeting the public.

The letters were described as “speeding tickets” for pirates meaning it would only target the guilty. But, a massive backlash and a couple of months later Spridningskollen was gone without a single collection letter being sent out.

That was the calm before the storm.

In February 2017, Danish law firm Njord Law launched a new troll operation targeting the subscribers of several ISPs, including Telia, Tele2, and Bredbandsbolaget. Court documents disclosed the harvesting by the law firm’s partners who were determined to link thousands of IP addresses with real-life people.

Njord Law was permitted by the court to acquire the identities of citizens behind 25,000 IP addresses hopefully to get cash settlements of around US$550. But that’s not all.

Repeatedly, the trolls headed back to court to get more IDs. SVT’s new investigation has revealed the feared copyright troll invasion of Sweden has indeed gained momentum.

SVT revealed that since 2017 Swedish Internet service providers have given personal details of more than 50,000 IP addresses to law firms representing copyright trolls and their partners. Njord Law alone will have sent out 35,000 letters by this year’s end to Swede’s whose IP addresses have been flagged as allegedly infringing copyright.

But, nothing is that simple.

In 2017, Njord Law received a 60% response for its letters meaning ever fewer settlements if at all.

Despite all the copyright trolls tough-talking, SVT’s investigation revealed that taking people to court and winning a case when they have refused to pay has never happened.

SVT while going through the records held by Patent and Market Court and also the District Courts dating back five years did not find a single case of a troll taking a citizen to court and winning an argument.

Whether Njord Law carries through with its threats, remain to be seen, but if people keep paying up, then this practice will continue and escalate. The trolls have come a long way to give up now.